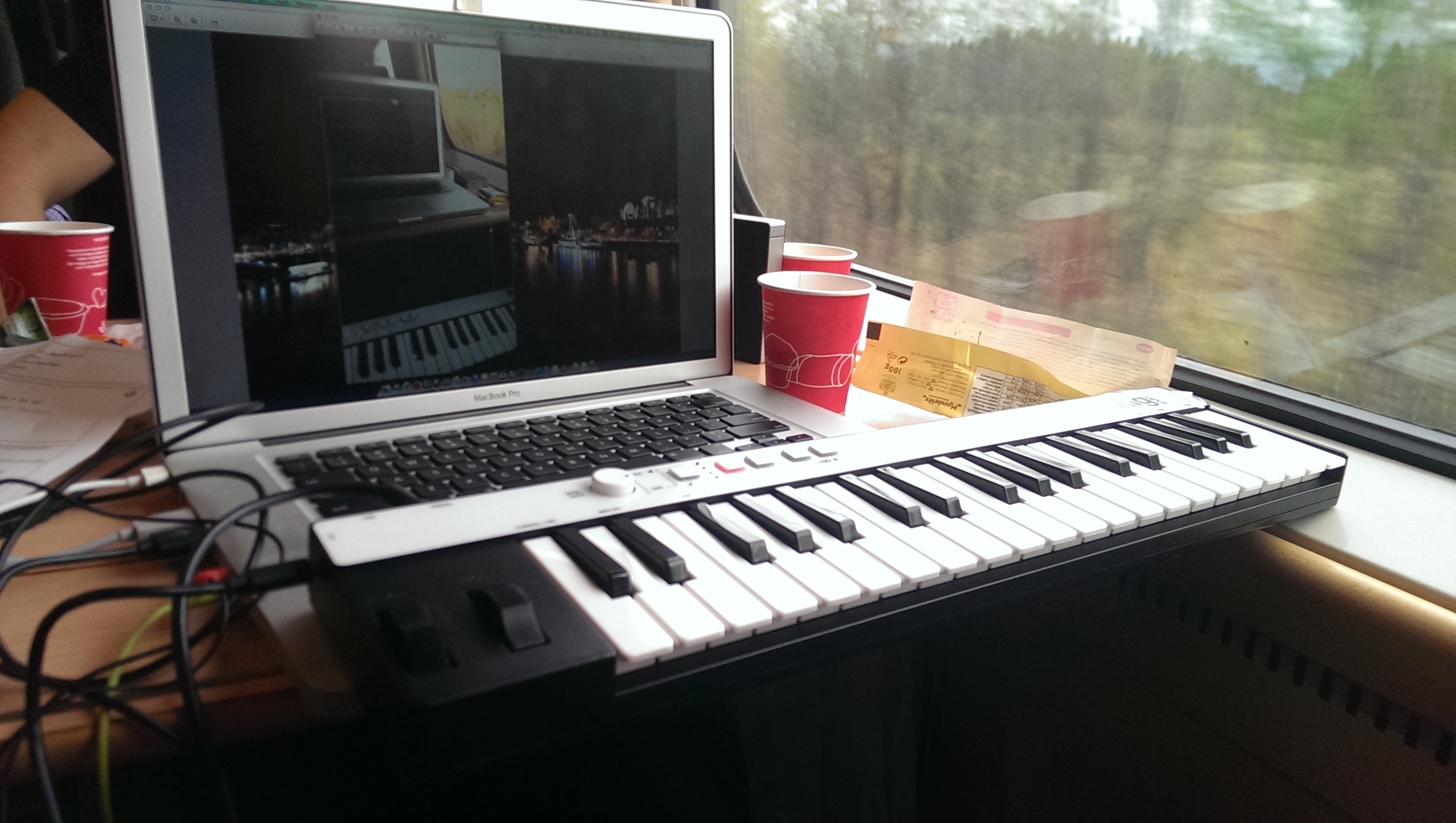 Interviews from the Press on my Synesthesia:

Metro Online – “How does it feel to have Synaesthesia” Article

International Appearances on Synesthesia and Creativity

Host and Performer at the United Nations, Geneva – Music and AI

I was at a party last week, and a fellow dinner guest asked me what having perfect pitch was actually like. They wanted to know if it was just knowing what an ‘A’ was – and whether it could be learned. They were musical and seemed genuinely interested – so I decided for once to give them the full, no-holds-barred explanation. It’s complicated, and I get asked this a lot, hence this post.

Yes, having perfect pitch includes knowing whether something is an A or an A flat – that’s also the case for excellent relative pitch which is something that can be learned with time and effort. But for me perfect or absolute pitch is more than that.

With the caveat that this is my personal experience, and it might be different for fellow sufferers/carriers, this is how it feels for me to be a composer with perfect pitch.

Train from Gothenburg to Stockholm is in B Major – the trees outside are beautiful. Composing on the train is a wonderful experience. I love the sound of the train and how it interacts with the landscapes. Trees and lakes and the sea are generally in major keys so it feels uplifting and inspiring to me! This music was recorded in two takes – first the strings, then the piano sound.

Now, I’d like you to imagine you’re chatting with your conversation partner. But instead of speaking and hearing the words alone, each syllable they utter has a note, sometimes more than one. They speak in tunes and I can sing back their melody. Once I know them a little bit, I can play along to their words as they speak them, accompanying them on the piano as if they’re singing an operatic recitative. They drop a glass on the floor, it plays a particular melody as it hits the tiles. I’ll play that melody back – on a piano, on anything. I can accompany that melody with harmony, chords – or perhaps compose a variation on that melody – develop it into a stupendous symphony filled with strings, or play it back in the style of Chopin, Debussy or Bob Marley. That car horn beeps an F major chord, this kettle’s in A flat, some bedside lights get thrown out because they are out of tune with other appliances. I can play along to every song on the radio whether or not I’ve heard it before, the chord progressions as open to me as if I had the sheet music in front of me. I can play other songs with the same chords and fit them with the song being played. Those bath taps squeak in E, this person sneezes in E flat. That printer’s in D mostly. The microwave is in the same key as the washing machine.

For me perfect pitch is not knowing notes, it’s about living in a world where everyone resonates, every thing has music. Everything and everyone weaves together a fantastic audio symphony that I have no choice but to absorb. For me if there isn’t music somewhere, I’ll add it in. Say someone is walking along a station platform, I almost unconsciously compose a tune fitting into their footsteps – it’ll generally be in the same key as the resonance of the station. While I hear a piece of music I generally imagine a counter-melody to complement the existing melody everyone else hears. It was only on talking to my friend Jonathan in Boston that I found out these things are not typical.

It’s odd – though I’m a composer by nature, I also love encoding the melodies and harmonies I hear in music for other people to appreciate, for example – the sound of a sunrise – or the beautiful noise of an aeroplane at 33,000 feet in D major.

I recently live-composed some classical music for each of my friend’s children at a naming ceremony. They had very different personalities and I captured them each in a short musical piece recorded for posterity. It never fails to amaze me how many people agree with my musical perception of someone – even someone young! There must be something I pick up on that is there, intrinsically, inside everyone.

When I taste things, I also hear music, mainly chords – sugar and desserts almost always in major key and chocolate and coffee are particularly complex sounds, with overtones and harmonics. I love broccoli and cauliflower which are a cycle of fifths. Sushi tastes like power chords on an acoustic guitar. Lemon meringue pie is a concoction of A major chords and inversions, 7ths and minors. I’ve ‘played’ tastes to a bunch of very gifted musicians who agreed with my interpretation of doughnuts, eggs and the like. I love delicious food mainly because of the pleasurable sounds it generates for me. Roller coaster rides also kick my synaesthesia into overdrive, oh, the harmonies and melodies of weightlessness and acceleration, I’d love to live-compose in variable weight conditions like that!

For me every single piece of life is flooded with sound – so much so that I didn’t realise for many years that this is not the case for everyone.

Auditory is most certainly my main sense.

Finally a few other strange characteristics that may or may not be attributable to perfect pitch – listed below in case any fellow perfect-pitchers would like to add their comments!

Picking up a language is easy – once you hear which notes people associate with particular things, it’s generally just a question of working out which scale they are using. My grammar is almost always terrible but I’ll pick up vocabulary words quickly. Optimism and the desire to communicate take over once I’ve decoded where words begin and end. For me, a laugh is almost always in a major key – crying is almost always in a minor key, regardless of language.

Hopefully I’ve given you an insight into the condition. It’s clear to me now that we all encode the world differently – and in my case very intensively and musically. Though I feel surprisingly vulnerable sharing these thoughts with the wider world, it’s also a pleasure to finally explain what it’s like to have perfect pitch.

6 thoughts on “Synaesthesia And Perfect Pitch”